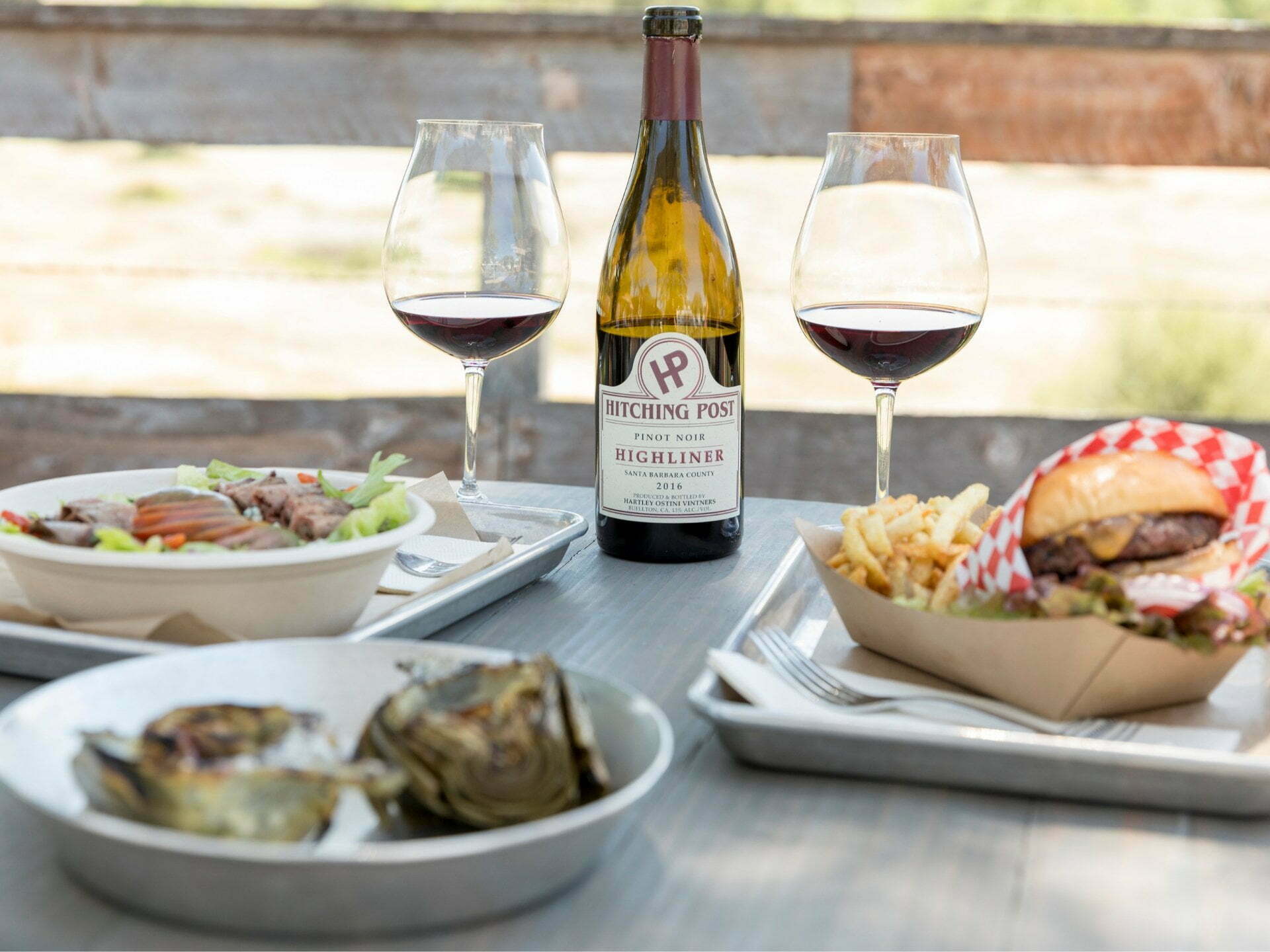 Hartley-Ostini Hitching Post wines are made by Buellton Hitching Post owner/chef Frank Ostini and his good friend, former fisherman Gray Hartley. Frank and Gray first made wine at home in 1979. They found their first Pinot Noir in 1981. The project moved to a winery in 1984 to make wines exclusively for the Hitching Post Restaurant.  From 1991 to 2000, Frank and Gray made their wines at Au Bon Climat/Qupe Winery, and from 2001 to 2007 at Central Coast Wine Services in Santa Maria. Production has grown from 1200 cases in 1991 to 4700 in 2001 to over 15,000 cases in 2007. With the 2008 harvest, Frank and Gray have moved the winemaking to Terravant Winery, an ultra premium facility in Buellton, just 1.5 miles from the Hitching Post II.

Their passioned focus has been to work with the California Central Coast’s best vineyards produce many Pinot Noirs, a couple Syrahs and a Cabernet Franc blend. With a cool marine-influence climate and unusually long growing season, many of these grapes make wines that drink well when young and had have shown the ability to improve and age gracefully for many years.